Research showed that the main reason men gave for not getting circumcised was not knowing where to get the procedure or fearing that the procedure would be painful. At the same time, most women cited a desire for their men to be circumcised, stating that circumcised men are cleaner and are less likely to spread HIV.

Our Stand Stand Proud, Get Circumcised campaign used these findings and targeted men who wanted to circumcise while encouraging women to support their men. Using a multimedia approach with radio, television, billboards, brochures and posters, the campaign promoted SMC as a way for men to reduce their risk of getting HIV. It also reassured men that the procedure was not painful, and directed men to locations where services were available.

Reactions to the campaign’s provocative messages—which include posters depicting wives and girlfriends saying, “I am proud I have a circumcised husband because we have less chances of getting HIV”—were passionate.

The SMC campaign generated positive debate and radio personalities joined the conversation. When James Onen of the Sanyu FM Breakfast Show mentioned a Stand Proud, Get Circumcised poster on air, the radio show’s lines were jammed with callers, debating whether SMC does reduce HIV infection and arguing that SMC was a license for promiscuity. 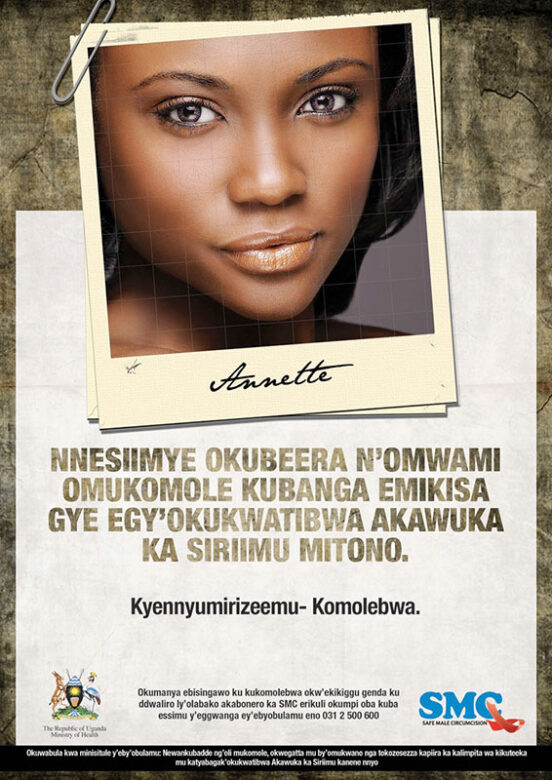 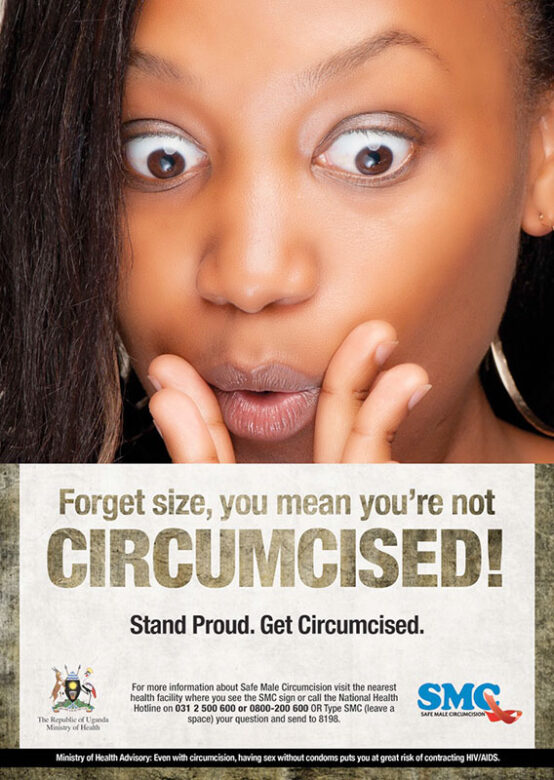